Posted at 21:33h in How It Really Happened by NINJIO 2 Comments
14 Likes 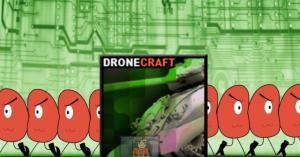 In our 3rd Episode of Season 2, we learn that a company’s payroll deposit went to hackers instead of employees, to the tune of $800,000.  While it might seem harmless at first , loading software from anywhere other than the manufacturer’s app store can be very risky.  Free is never really free.

The Googlian attack is said to infect over 1 million Android phones, mostly in Asia. However, the malware can spread to the network if companies allow BYOD.

Pokemon Go is one example of an application available on third-party sites that allows sideloading. It’s also one of the popular cracked apps that include malware.

How to Avoid Android Malware and Other Android Security Threats

If you do insist on sideloading apps, you should be aware of the threats and malware warnings. This article covers ways to avoid malware when you download APKs from third-party sites.

How we were able to spy on a 60 Minutes reporter

This news article discusses how an attacker tricked a reporter into sideloading malware that was later used to spy on the reporter’s activities.